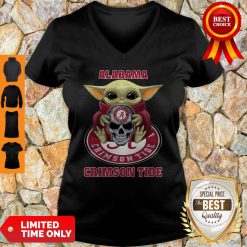 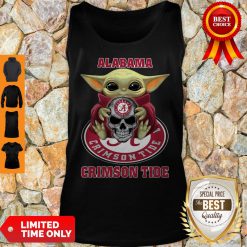 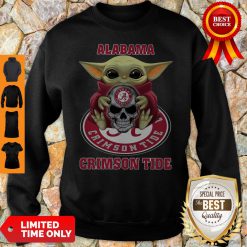 I LOVE offensive plays that exploit the shift, like a good bunt up the third baseline. Manfred doesn’t need to make the shift illegal or introduce weird rules to limit it. The game will adapt on its own. Agreed. I hate the shift… But only because watching the Baby Yoda Hug Skull Alabama Crimson Tide Shirt swing away, when an effective bunt would do the trick is so maddening. I’m looking at you Matt Carpenter. I’ve heard Matt Carpenter talk about not bunting against the shift and he said “it’s not a guaranteed thing to get a good bunt down against a shift, I may do it 2 out of four times a game. So why would I do that when I can swing away and have four chances for an extra-base hit?” It doesn’t make too much sense to me but there you go.

The average would be great but I think he’s talking about things like bunting with 2 outs and nobody on. A situation where you aren’t likely to score off from first anyway. I don’t agree with it but I think that’s what he’s trying to say. Yeah, It’s the Baby Yoda Hug Skull Alabama Crimson Tide Shirt. Matt Carpenter has eclipsed .500 before though. Trout had almost .650 last year. And no one is scoring on a bunt. Go for it with bases empty though. Beautiful reminds me of Johnny Damon in the 09 world series. Played with Jake. Nicest, coolest dude. I was so happy for him when he won with y’all. What a lot of people don’t get is he was neck and neck with Jameis throughout the entire 2013 camp until Jameis eventually won out.

Heard he’s doing well now in a nonfootball career and couldn’t be happier. I still remember the first time I heard his name. He is from Mobile, the same as me. But I really didn’t hear much about him in high school. He wasn’t much of a recruit till his senior year. So he goes to FSU and I guess it was 2013. I was on a bus to the Baby Yoda Hug Skull Alabama Crimson Tide Shirt in Biloxi for a party with a bunch of buddies and we start talking about Bama and who is taking over for AJ the next season. My buddy tells me about Jake. He was friends with Jake’s Dad. Says “oh this kid is coming from FSU. He is Jamie’s backup. He’s awesome.” Jake was an absolute baller. I remember how fired up the team was after he popped right up after getting clocked on a scramble.