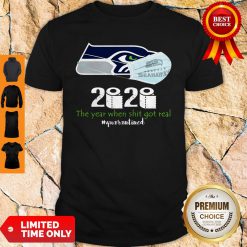 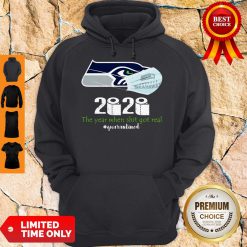 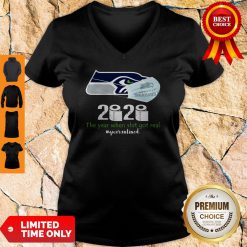 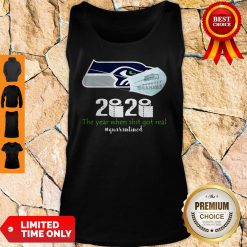 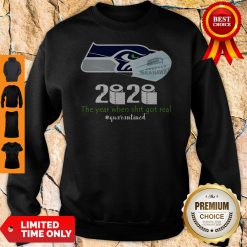 Still, that, seems like GB should not have been charged the TO since they did correctly overturn the call on the field. I appreciate the info. I don’t understand why they don’t let all those plays play out. Saw it earlier in the Seattle Seahawks Mask 2020 The Year When Shit Got Real #Quarantined Shirt. Now tonight with this call, and several throughout the season. I definitely get the unnecessary hits point. But those guys are gonna fight for the loose ball 99 percent of the time anyway. Idk. They definitely need to address it. To your point, can you imagine the backlash if the situation you described unfolded last night, or in any game? Yikes. We’ll see how it goes I guess. I mean, they’re trying to avoid additional, unnecessary hits after a play is over.

If the Packer had recovered the ball outside the scrum, they would have gotten possession. So I get why they’re in somewhat of a hurry to whistle a play dead. Especially with the way the ball came out with the receiver’s body in between him and the side judge who blew it dead. That being said, the Seattle Seahawks Mask 2020 The Year When Shit Got Real #Quarantined Shirt. Imagine the packers don’t convert those third downs, and Russell brings them back to win by 1-2 points. That call would be the difference. That turnover is in field goal range, and the packers had to punt deep in their own territory, not to mention their defense had to stay on the field. I’m not saying it’s right, I’m just saying that’s what I’d try to be thinking about.

Yeah, I’d like to see some more angles too. Especially because the refs supposedly went under the hood and got more angles that we didn’t on TV and made the call. Based on what we saw, the refs were consistent in this game and not overturning stuff when there wasn’t clear and 100% confirmation of where the ball was during replay. I’m still unclear. Because I thought we won the Seattle Seahawks Mask 2020 The Year When Shit Got Real #Quarantined Shirt. Despite that, we did not win possession, yet we were charged a timeout. Basically, the rules presume that people stop playing once the whistle sounds, so when the reg rules Hollister down by contact, everyone stops playing. Since the Packers only clearly recovered the ball after the scrum, they can’t rule it a recovery.