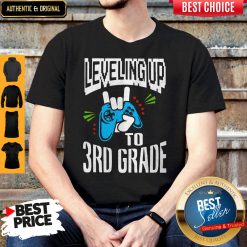 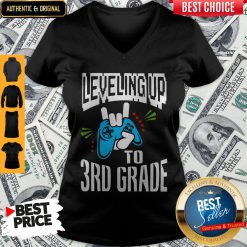 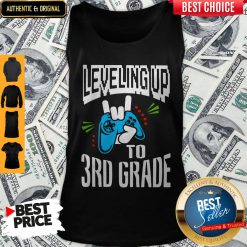 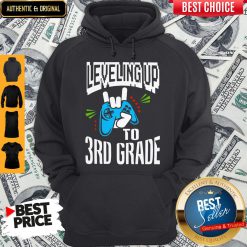 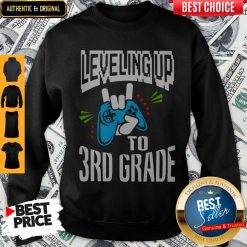 This is one area in which battle passes in other games shine. You are constantly progressing whether you’re winning or losing. It’s only theTop Leveling Up To 3Rd Grade Shirt. Particularly if they don’t get to play the game as much as they’d like to due to real-life commitments. It makes it hard for me to tell whether I should be doing 10 sets of 1 wager bets (save 3 for a big token game when others are tributing), or if I should continue doing the 3/3/3/1 I have been. I lost the latter 3 games of last week though to my dismay. Really just a game of dodgeball where big bets are me trying to figure out whether we’re gonna lose to the shittiest lineup of heroes just because my teammates want to int, or try to consistently bet across many games to manage a potential loss streak.

I went on an 11 loss streak at the start of this battle pass over the first 3 days, it was dreadful. I couldn’t progress in the past, I got about 600 points of a level at that time from about 9 hours spent. I’ve started winning a bit more now though, and the Top Leveling Up To 3Rd Grade Shirt.  while Dota is not like Fortnite or Apex in length or depth everything you do during in-game becomes nullified if you lose. That’s the biggest slap in the face. If they wanted to make the bp grindy and not pay 2 pay the objectives will be time-consuming but with a larger dependency on yourself. A complaint I’ve had for years with the wagering system. I remember when prediction charms first came out and salty players would throw games just so their teammates wouldn’t get an item set because they were angry about something that was said or whatever

I couldn’t care less about daily quests last year because a lot of times it had some hero you either don’t know how to play or couldn’t care for. This year’s ‘daily contracts’ feels a lot better since you get to choose quests that you’d care to complete. And the difficulty you want to aim for. The Top Leveling Up To 3Rd Grade Shirt. But players played slightly more than twice as much. Those are numbers taken out of my ass entirely. But you get the idea I hope. I have about as much time as last year, so far. My problem comes from tokens that are not refreshed every week. It feels like I get a good start, but after a while, I will run dry of gauntlets, tokens. And quests to do. And many people might have had a good start due to some early questing. But they also will run out of easy access to battle points, I fear.